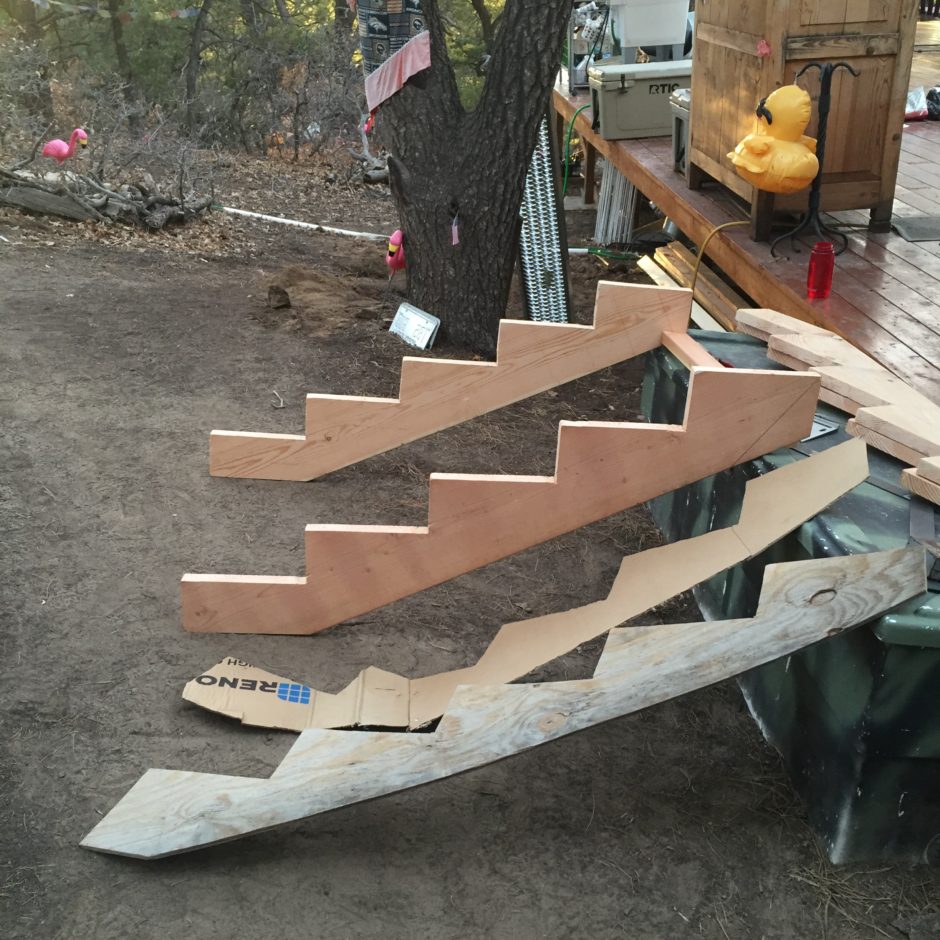 Sahalee is heavenly, and the big deck is our perch over the world. For the past year, we’ve been without a formal staircase and gained access by the lowest point on the uphill corner. 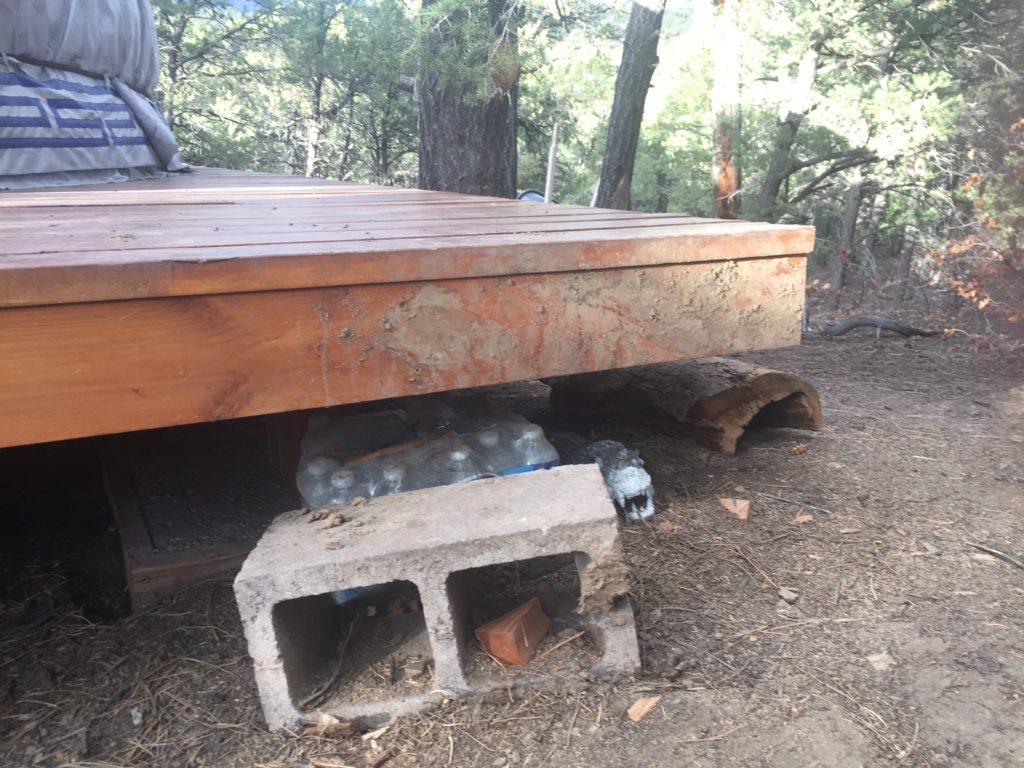 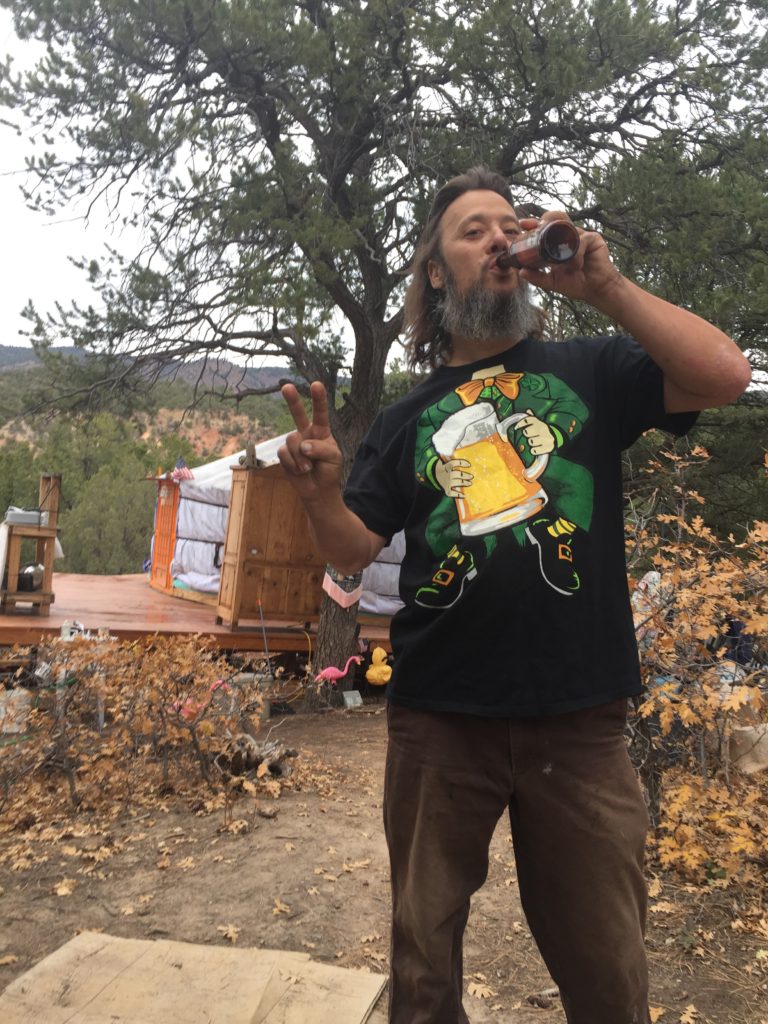 A couple of reasons it took so long is because we’ve never built stairs before, and we wanted to construct a 4-season high-durability entry point to our floating platform that required special order materials. We chose the treads first- the same ones used at ski resorts. Ours are 12 gauge Grip-Strut 11 3/4″ cut-to-order in 5-foot lengths. After making several calls and on-line queries, we ended up working with the good folks at Peterson Co. in Wheatridge, CO who gave us the best material and freight delivery price ($516 for six pieces).

Not being able to find pre-made stringers with our tread width, we took a deep breath upon deciding to do it ourselves. Stair-making requires a little more effort in working mathematical calculations and is less forgiving than other builds considering the wood alone cost over $100. We opted to make a series of templates that allowed us to better visualize the placement and help confirm our measurements.

Though we studied the formulas and watched demos from the pros, I ended up figuring a 6/12 slope to give us a nice gentle rise from the intersection of the three downhill paths over a 5-foot drop. I used framing squares to layout the cuts on cardboard and plywood before we even touched the 2x12s. 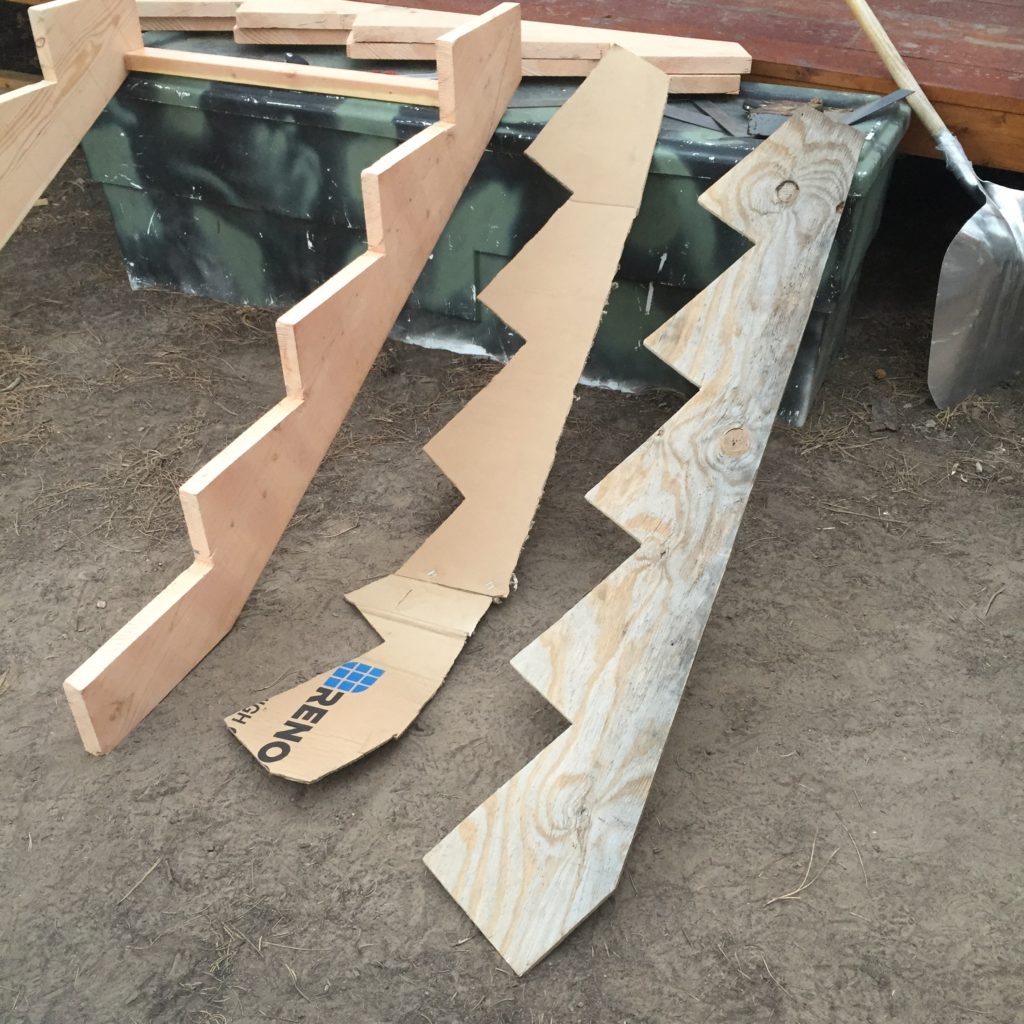 There’s no better way to explore the great outdoors than by packing up a backpack and hitting your local hiking trail.

​​Carry enough food and water to see ​yourself through the​ entire trip. 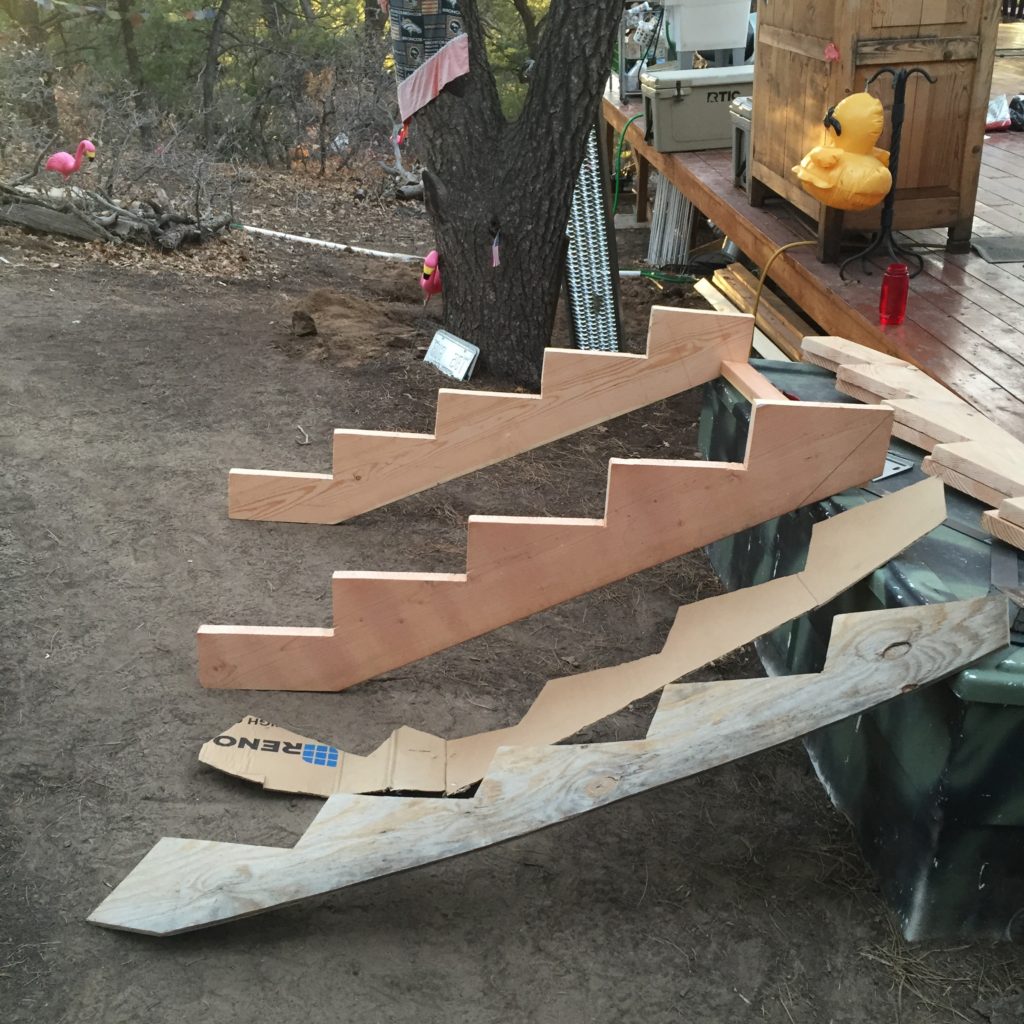 After cutting zigzags into the four 2x12s, we created a box with 3′ 2x4s at the top and the bottom of the stringers to attach to the deck fascia (and stained in our signature Sahalee purple). That let us determine the intersection with the ground to dig and make the staircase plumb and level to the marked pier points. 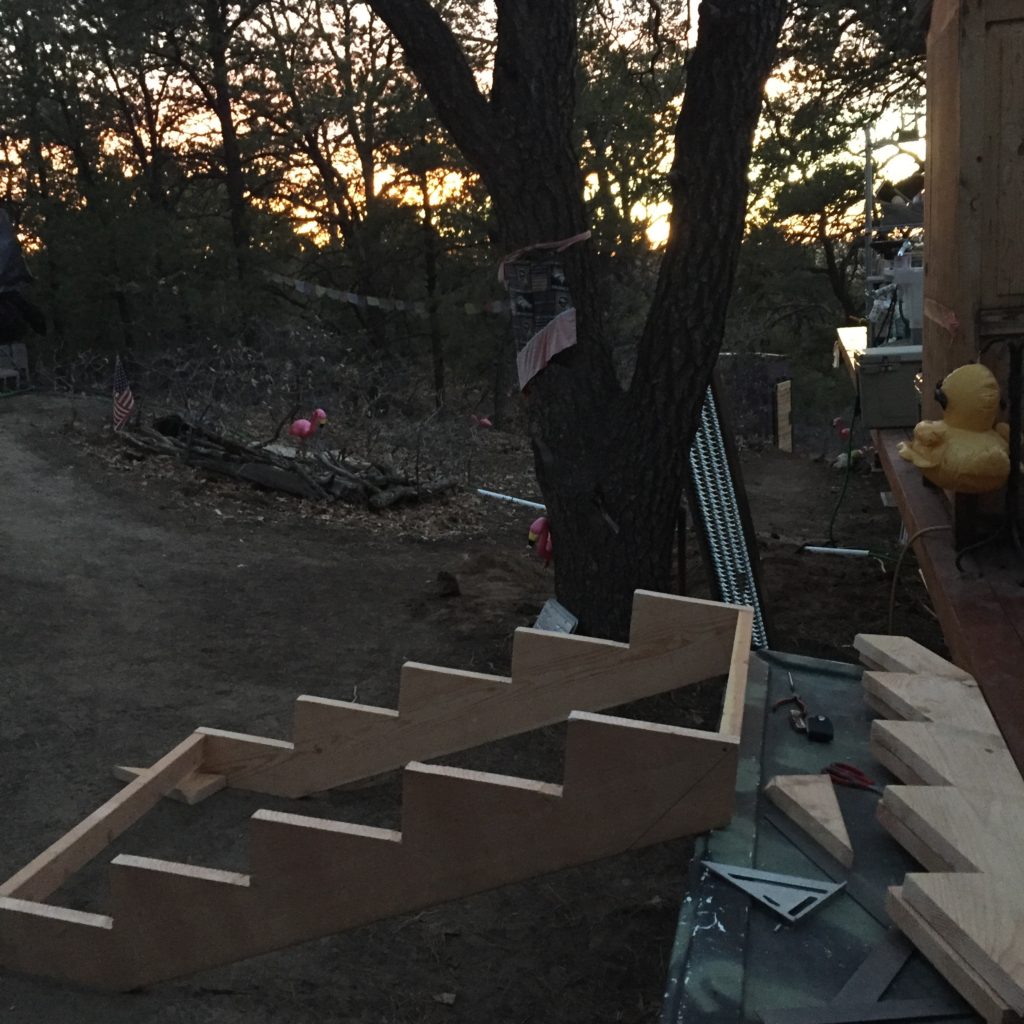 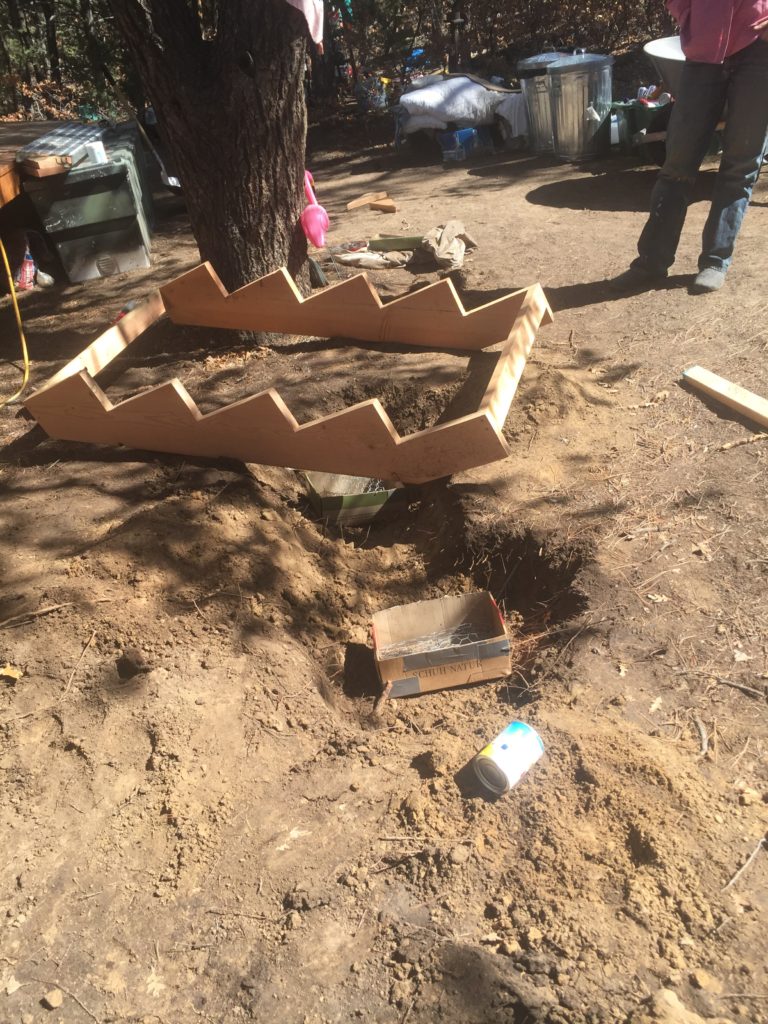 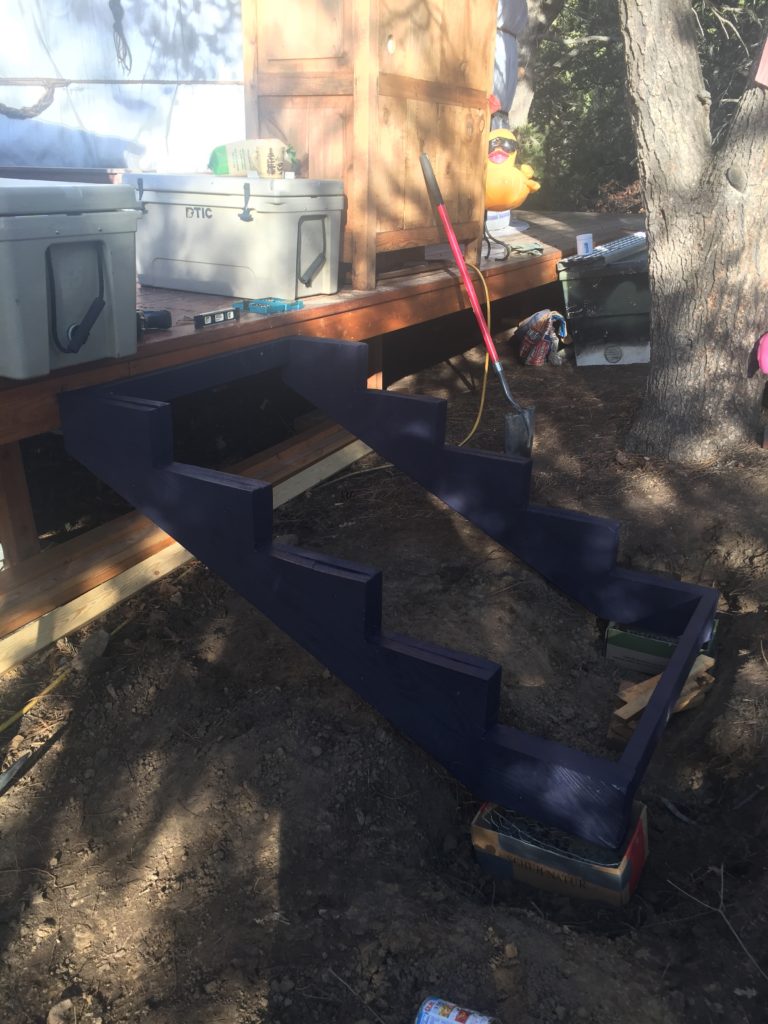 In the roughly 5x2x1′ excavation, we placed reinforced shoe boxes with chicken wire as the forms for the concrete piers and checked for level again before mixing and pouring 2 80-lb bags of Quik-crete. 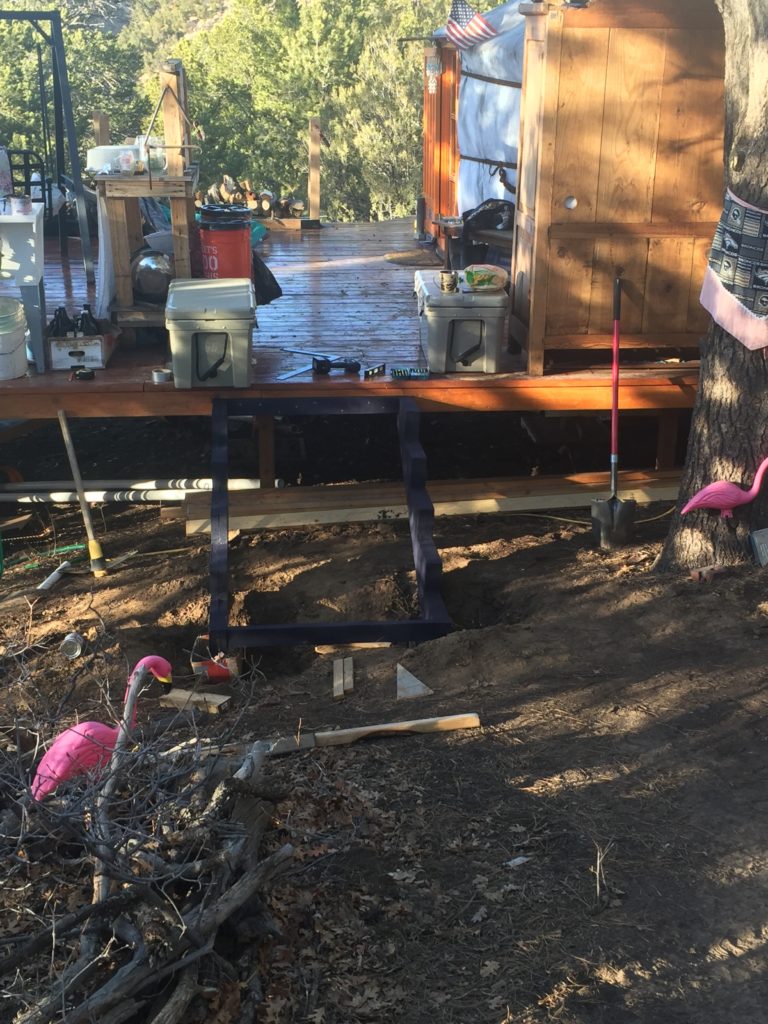 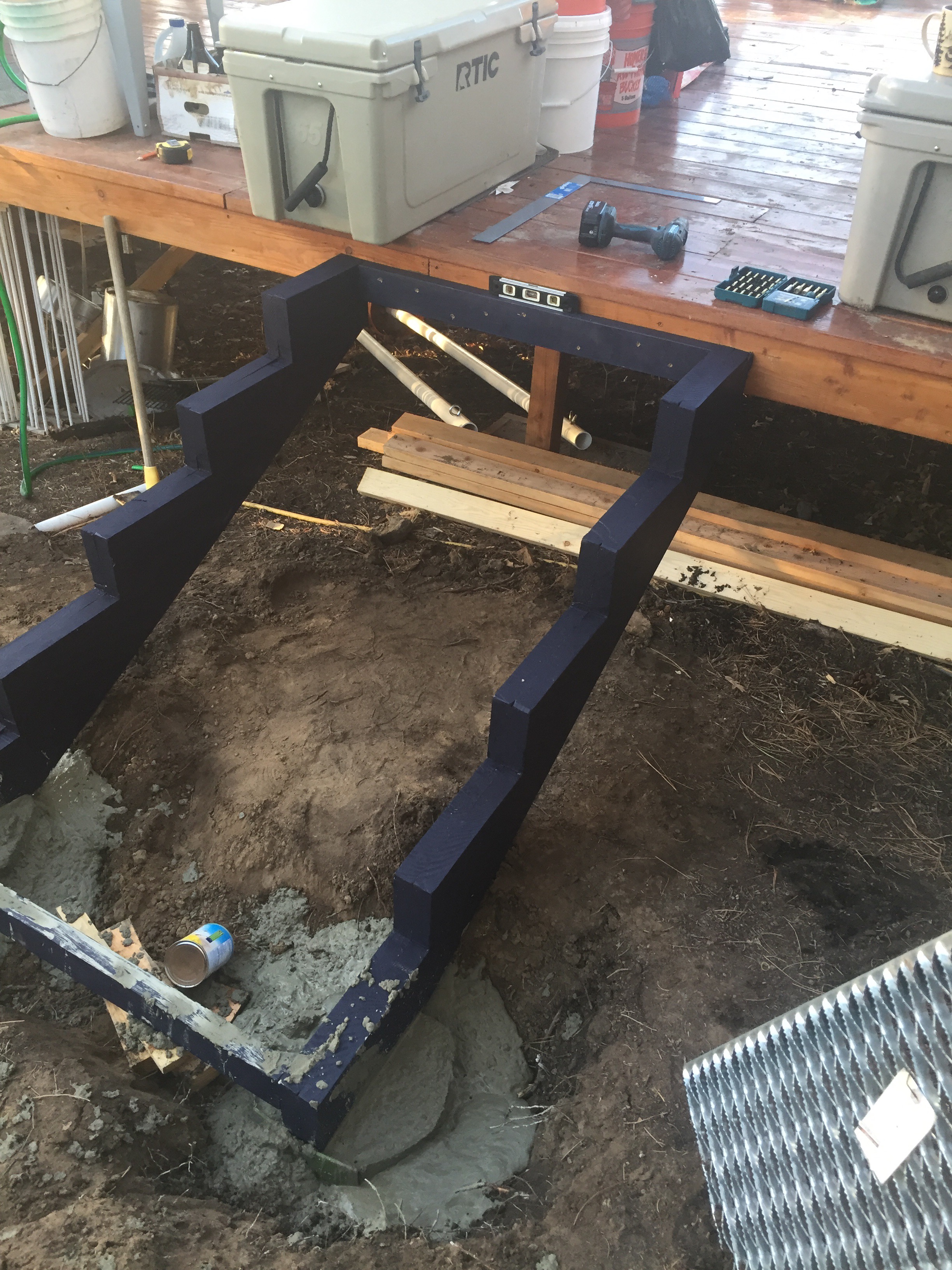 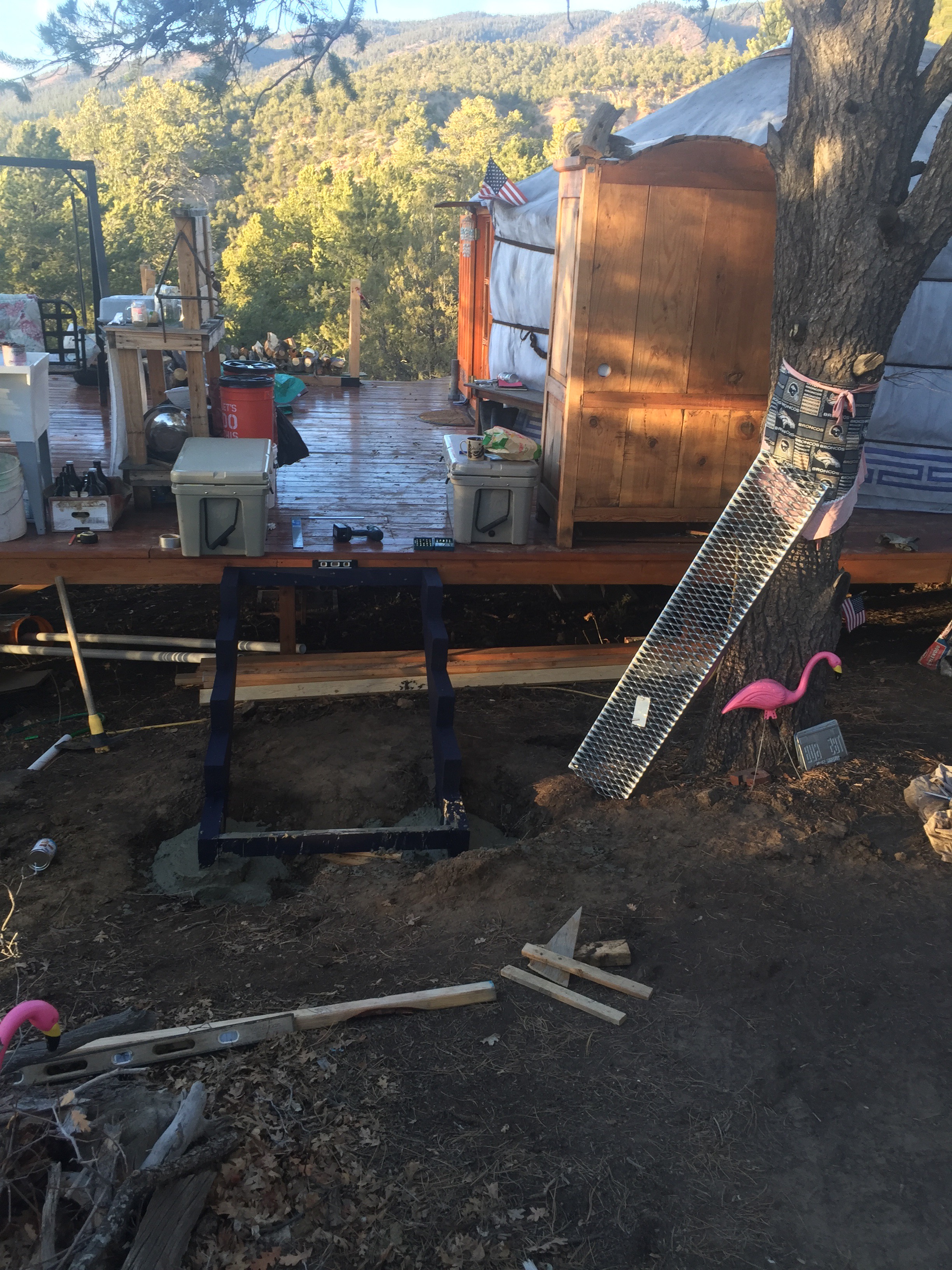 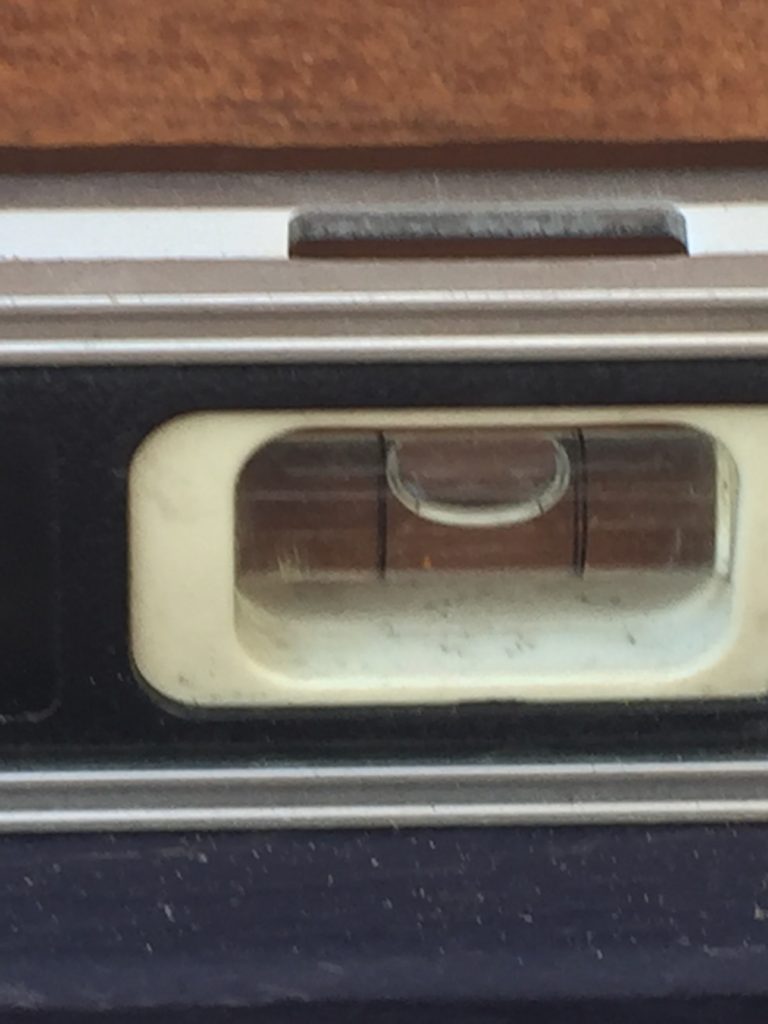 With the treads being a real easy installation using the specialty washers and some beefy lag screws, there wasn’t much else to do before making the maiden ascent. Thanks to Ben’s mom, we were able to string up some solar LED fairy lights around the stringers to illuminate the way at night (follow us on Instagram for pics). We back-filled the space around the piers, and will be adding a true drainage at the back under the deck to feed the garden area. 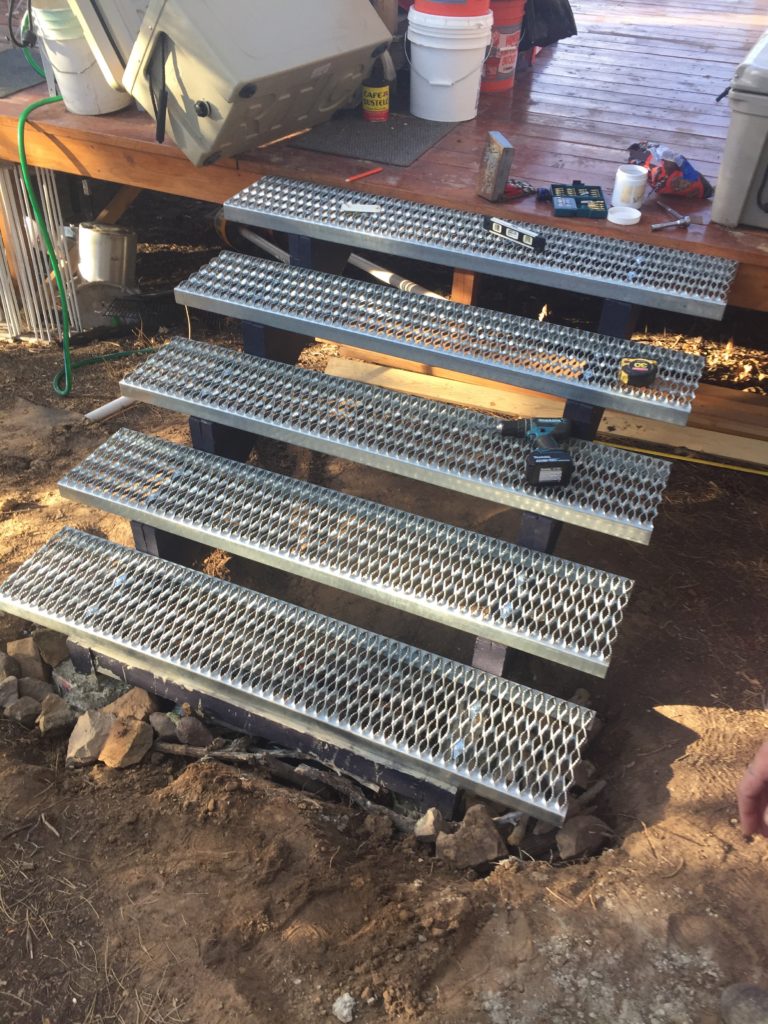 There are definitely some things that didn’t work out exactly as we would’ve liked. One being that we ordered one too many treads because we didn’t do the calculations correctly on the plans. Two is that we should’ve re-measured the depth of the treads to better flush out the top landing before we screwed the box to the fascia (off by about a half-inch). We could’ve also better worked ahead on the drainage and poured a concrete pad, and we might try to add some puppy paw-friendly mats to one side of the treads (though they feel great on the bottom of bare people feet). All that being said, we’re extremely pleased with our very first stair build and the improved grande entrance to Sahalee!! 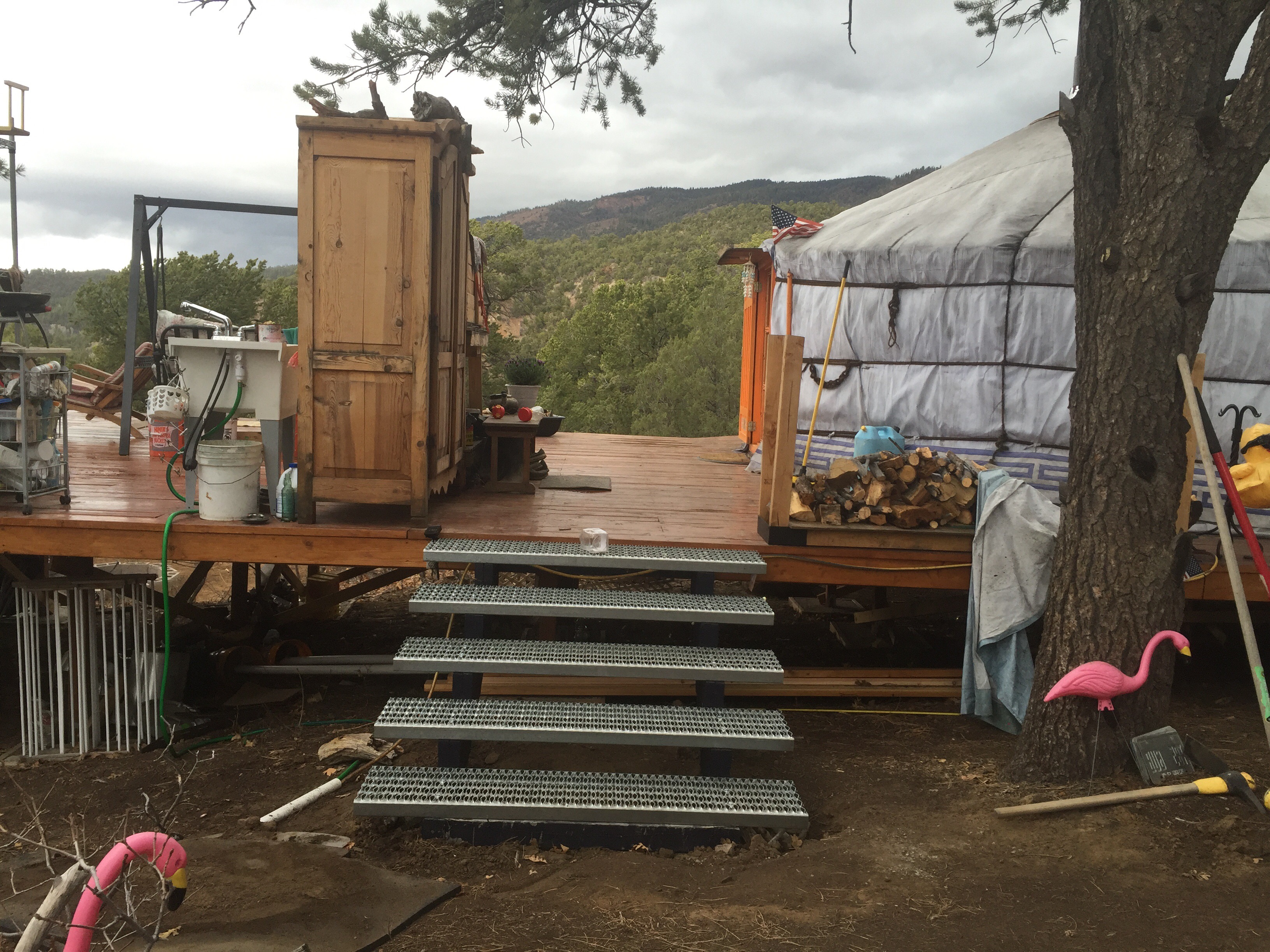