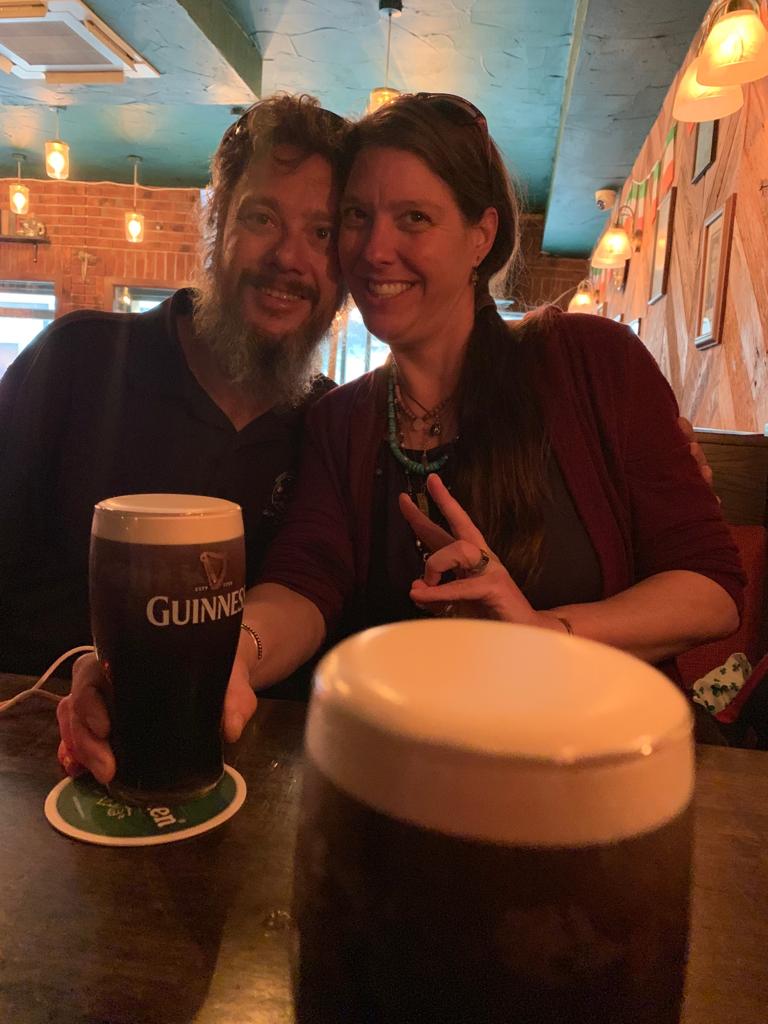 Well, we made it back from our overseas adventures in Ireland and have plenty of stories to tell… First and foremost, we are pleased to say that Sahalee was as we left it (minus the snow), which relieved the tremendous amount of anxiety that develops whenever we venture away from the homestead. As for the trip, well, it was. And, we’ll do it again.

Lucky enough to travel abroad on several occasions (Mexico, Canada, Korea, Italy, Spain), we’ve noticed that once you leave the major metro areas, the local people do live more simply and closer to an off-grid lifestyle. So much so, that to regard the availability of indoor plumbing and sanitary toilets as a reasonable expectation across all lands would be a gross over-assumption. Lucky for us, we are used to living without all those highfalutin amenities.

Case in point, we’re leaving our rental cottage in Ballinaclash to drive to Waterford and have two cars full of people that inevitably need to pee along the way. We stop about halfway in an unnamed speck of civilization when we see a faded convenience store sign. Our group of seven charismatic military-trained Americans saunter in to the bare-shelved shell of a retail establishment and inquire about the restroom facilities. After our two failed attempts to understand the garbled local Irish-English dialect, the proprietor clearly states, “Go piss in the field!” As sheepish smiles overtook our faces (pun intended), we couldn’t help but ask if there was a place serving food nearby. The tweed-clad gentleman adjusted the cap on his grey crown and provided the dismissive reply, “No, it’s a dead village.”

As we spent the next five days clambering around the island, it was not hard to notice the very short distance of development over time from living off the land to the installation of modern convenience systems. Driving 120km on the M, we flashed by ruins of a more basic existence that was not tied to electrical wires and water-on-demand.

Days into the trip a common theme developed… Plenty of places to drink, not many places to pee. It’s particularly important to note this when you are talking about visiting Ireland on their National Holiday with the sole intention of taking in as much pure authentic Guinness as possible. So, in the country, feel free to piss away in the fields. In town, you may want to keep a couple Euros handy to tip the young person at 5 Guys to give you the code to the loo. And, not all trains and stations have toilets.